France will face Brazil, Jamaica and a third opponent from the playoffs in the group stage of the 2023 Women's World Cup.

The draw for the final phase of the 2023 Women's World Cup, (Taking place from July 20th to August 20th 2023 in Australia and New Zealand) carried out on Saturday morning in Auckland, placed the French team in group F with Brazil (9th in the current FIFA rankings) and Jamaica (43rd). Their third opponent will become apparent at the end of a round of playoffs, which will pit Panama (57th), Papua New Guinea (50th) Paraguay (51st) and Taiwan (40th) against each other between the 18th and 23rd of February.

Corinne Diacre's team (Ranked 5th), who are seeded for this draw, will play their three group matches in Australia, in Brisbane and Sydney:

9
Ninth edition of the Women's World Cup since 1991
32
Teams involved in this edition, a first
64
Matches to be played from July 20th to August 20th
10
Stadiums will host this World Cup (6 in Australia, 4 in New Zealand)

“This group will not be simple, with Brazil and Jamaica. Like the thirty-two qualifiers, we will have big teams to play before hoping to qualify for the round of 16. We will play Jamaica first, so we will have to start the competition well. First place should be between Brazil and us, but Jamaica and the country that will join us in February should not be underestimated. For the quarter finals we would cross over with Germany’s group, so you can't be complacent. When you start a competition, the objective is always to win the first match and to finish at the top of the group. We know what we have to do. Reaching the quarter finals is the minimum that we have set ourselves. Being in Group F gives us the advantage of playing in Sydney twice, with a trip to Brisbane in between. We will also have the advantage of the choice of base camp. Now, we will be able to start our observations of our opponents and to make our preparations. This will begin in the coming weeks”. 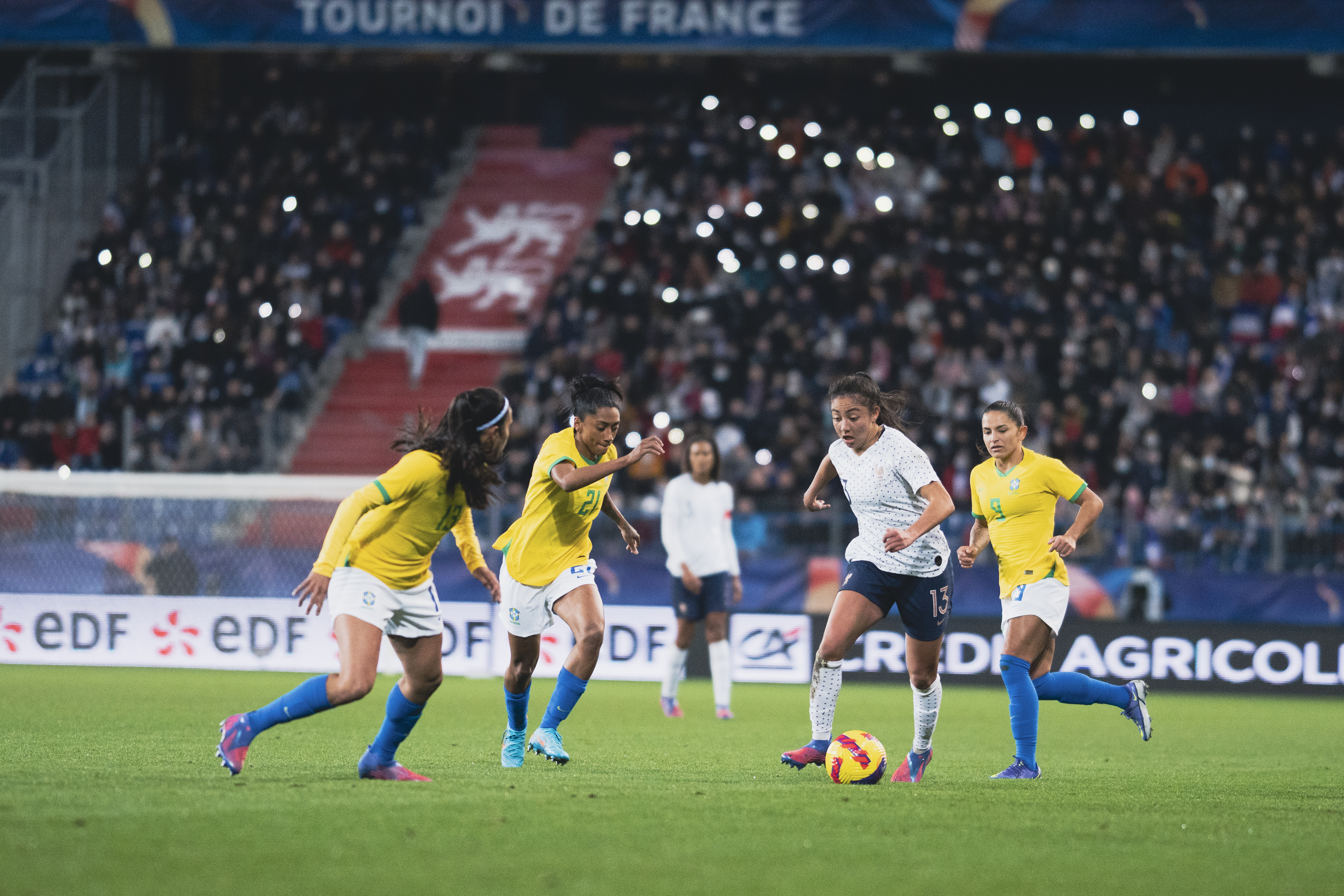