France U17s are European champions! Les Bleuets won the 2022 Under 17s championship by overcoming the Netherlands (2-1) in the final on June the 1st in Netanya (Israel).

2004, 2015, and now 2022. For the third time in its history, France has won the title of European U17 champions. Led to victory by José Alcocer, Les Bleuets added this new trophy to its collection by winning the 38th edition of the Euros, contested over 16 days in Israel.

After beating Germany (1-1 FT/4-3 Pens) in the quarter finals, and Portugal in the semis (2-2 FT/6-5 Pens), France dominated the Netherlands, the pre-tournament favourites and two-time former winners, coming from behind thanks to a brace from Sael Kumbedi Nseke to seal the win in the second half.

20
The number of international titles won by France at youth level.

0-1 - Slory (48th): From the left, Silvano Vos sends a cross in behind the French defence. From a lobbed ball by Jeanuël Belocian, Jaden Slory manages to beat the advancing Lisandru Olmeta with a neat flick.

1-1 - Kumbedi (58th): Saël Kumbedi cuts in from the right wing, evading two Dutch defenders and fires a thumping shot which finds the net.

2-1 – Kumbedi (60th): On the left of the area, Mathys Tel curls in a right footed shot which is saved by the Dutch ‘keeper only to fall directly to Saël Kumedi, who takes full advantage. 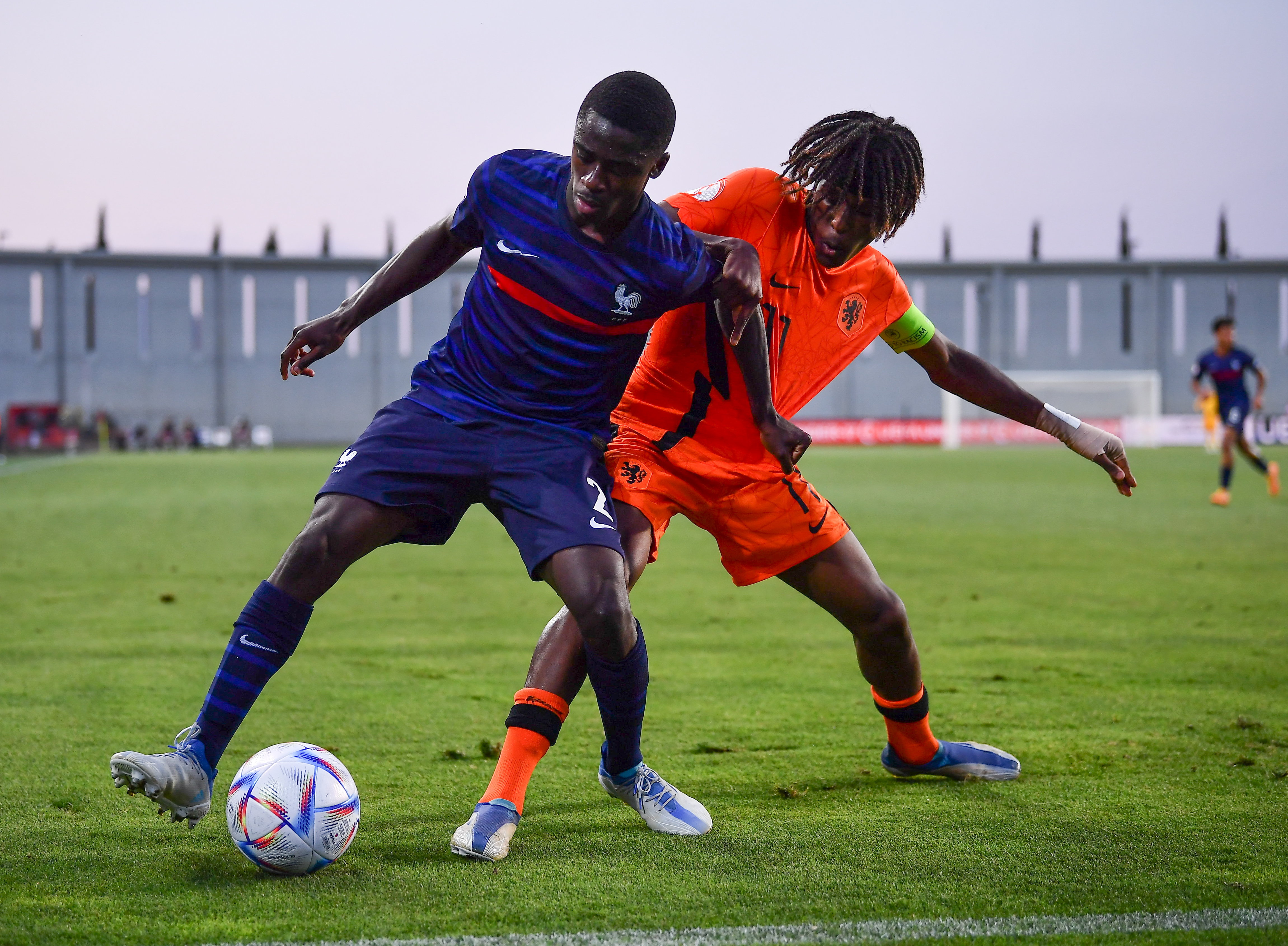 THE REACTION OF THE COACH

José Alcocer: "It's a party, a big party. All the credit goes to the players. They have worked hard and shown maturity. We started slowly and adapted to the intensity of the competition, through the individual and collective work that we asked of them. They improved half after half, game after game, whether it went well or not. And then of course, a big thank you to the staff. I am lucky to have experienced people around me who have already won competitions as both youth and senior players. They were there for the players and helped them. It's a collective victory, but I repeat, the players really played an incredible tournament. In the end they came into their own and produced, I believe, a quality game. That's also the important thing, playing football, scoring goals. We came to win, we had a lot of ambition and determination, but also a lot of humility. We had to do things one after another to continue the momentum of our first match against Poland. I repeat, the players were fantastic.”

THE PATH TO THE FINAL: