France qualify for the 2022 World Cup

Mission accomplished: France will have the opportunity to defend their title of World Champions at the 2022 World Cup, set to take place in Qatar. Les Bleus beat Kazakhstan in some style 8-0 on Saturday November 13th at the Parc des Princes, with striker Kylian Mbappé bagging four goals in the process.

France, the 2018 world champions in Russia, will travel to the World Cup in Qatar in 2022, which runs between November 21st and December 18th, attempting to defend their title. They seized the opportunity with both hands on Saturday with a resounding 8 - 0 win over Kazakhstan (currently placed 125th in the FIFA world rankings). This win meant that they finished top of Group D, which is now guaranteed ahead of their final match of the qualifying stage, to be played next Tuesday in Helsinki against Finland (60th in the current FIFA rankings).

After a quick start with two goals in just twelve minutes, the match then took on the appearance of a one horse race, despite timid attempts at a comeback from Kazakhstan. But there was simply nothing that they could muster in order to stop Les Bleus who bossed the game, mounting wave after wave of attack down both wings, with Théo Hernandez and Kingsley Coman providing an assist apiece. The French forward line of Kylian Mbappé and Karim Benzema had a field day, scoring six goals between them, while Adrien Rabiot grabbed his first international goal. Antoine Griezman jumped on the opportunity to overtake a certain Michel Platini’s goal record by slotting home from the penalty spot on 84 minutes. 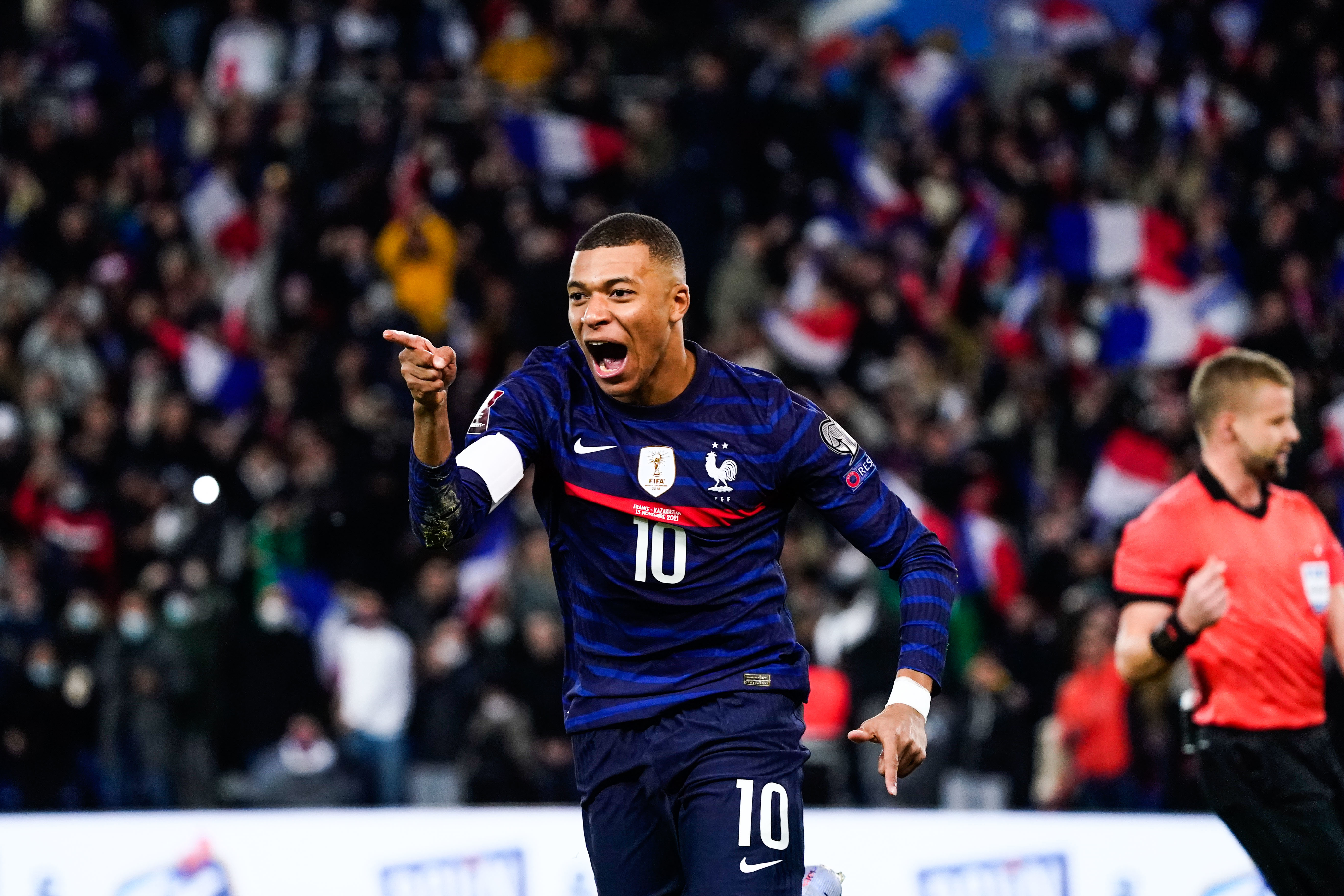 SUPER KYLIAN IN HIS OWN BACKYARD

If there ever was any going into the match, the tension was quickly broken after just a quarter of an hour, all the time it took for Kylian Mbappé to net twice in quick succession, on 6 and 12 minutes, to the delight of a Parc des Princes crowd determined to celebrate the return of Les Bleus to Porte d'Auteuil after eight years away. And everything went to plan, with the local hero, on his own turf, perfectly in tune with the French fans. On 32 minutes Mbappé finished off his first hat-trick with a header, all three goals coming from crosses on which the native of Bondy, now used to finding himself in space, found himself in the right place at the right time to score with all the class of a top level centre-forward. But “Super Kylian” didn’t just stop there, setting up Karim Benzema on 59 minutes and scoring himself on 87 minutes, taking his tally to 4. He was, of course, named man of the match for his performance.

23  - Goals scored for France by Kylian Mbappé, in 52 appearances.

GROUP D - AS IT FINISHED