Gianni Infantino: "The FFF is doing a remarkable job".

FIFA President Gianni Infantino visited the FFF headquarters in Paris on Thursday morning to discuss the activities of the FIFA office in Paris and the appointment of Noël Le Graët as the FIFA President's delegate in the French Capital.

Gianni Infantino closed the FFF Executive Committee, which took place this Thursday morning at the HQ of French football’s governing body in Paris, by discussing the activities and role of this office in FIFA’s operations. The president of the FFF, Noël Le Graët, a member of the FIFA Council, will take on the role of delegate for the FIFA president in Paris, where the international body was founded in 1904 and present until 1932.

"Relations between the French Football Federation and FIFA are exceptional, similar to the relations between President Noël Le Graët and myself," Gianni Infantino said. "We like to move forward on concrete projects for football, and for the development of football worldwide. The results obtained by French football by engaging with young people, both women and men in recent years are evident.”"The French Football Federation is doing a remarkable job, and I often have the opportunity to talk with Noël Le Graët to better understand how the example set here in France can support football development projects on a global basis."

The role of the Paris office includes coordination with FIFA member associations, while providing the strategic base for football development activities through the FIFA Forward programme. "We really want Paris to also become a capital of football where we can welcome players from across the football globe," the FIFA President added. "The office will also include the FIFA Clearing House which we are creating as part of our reform of the transfer system. "There is not enough financial compensation being received by the clubs which develop and train players, and therefore, we decided to create the FIFA Clearing House to ensure that the necessary payments are properly made. The initial role of the FIFA Clearing House will be to deal with the subject of training allowances and solidarity mechanisms."

Following the meeting, the FFF President presented an honorary FFF medal to the FIFA President. 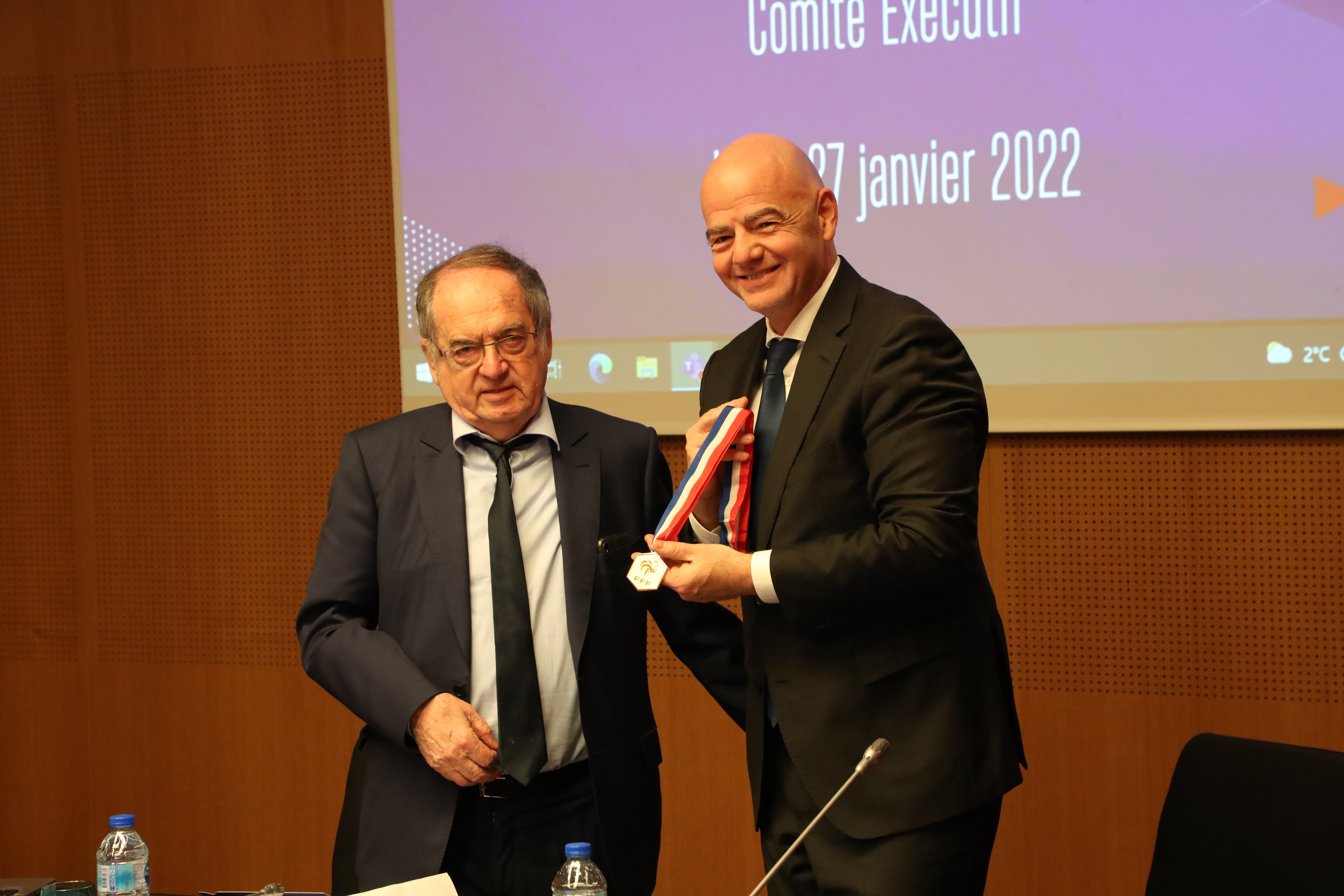