The FFF is strengthening its RSO program at every level, in amateur and international level football, and at all other levels such as health, environment, solidarity and the ongoing fight against discrimination.

Football did not wait for the current era of CSR (Social Responsibility of Organisations) to show concern regarding key subjects of civic and societal commitments. In recent years, the FFF, like many organisations, has strengthened its commitments through increasingly strong actions concerning the ethical, social and environmental impacts of the number one sport in France.

The RSO is, today, one of the priority action objectives of "Performances 2024", the Federation's strategic plan for football put in place following the last election of Noël Le Graët, in March 2021. This principle, illustrated by the #Marquer Demain strategy, is made possible by multiple national and local initiatives, on the themes of the protection of licensees, the protection of the environment, social solidarity, health, and the fight against all forms of discrimination. The FFF has provided clubs, districts and leagues with educational information on each of the CSR themes identified. The goal? To act and contribute concretely, but also to make known these concerns and to raise awareness through football. 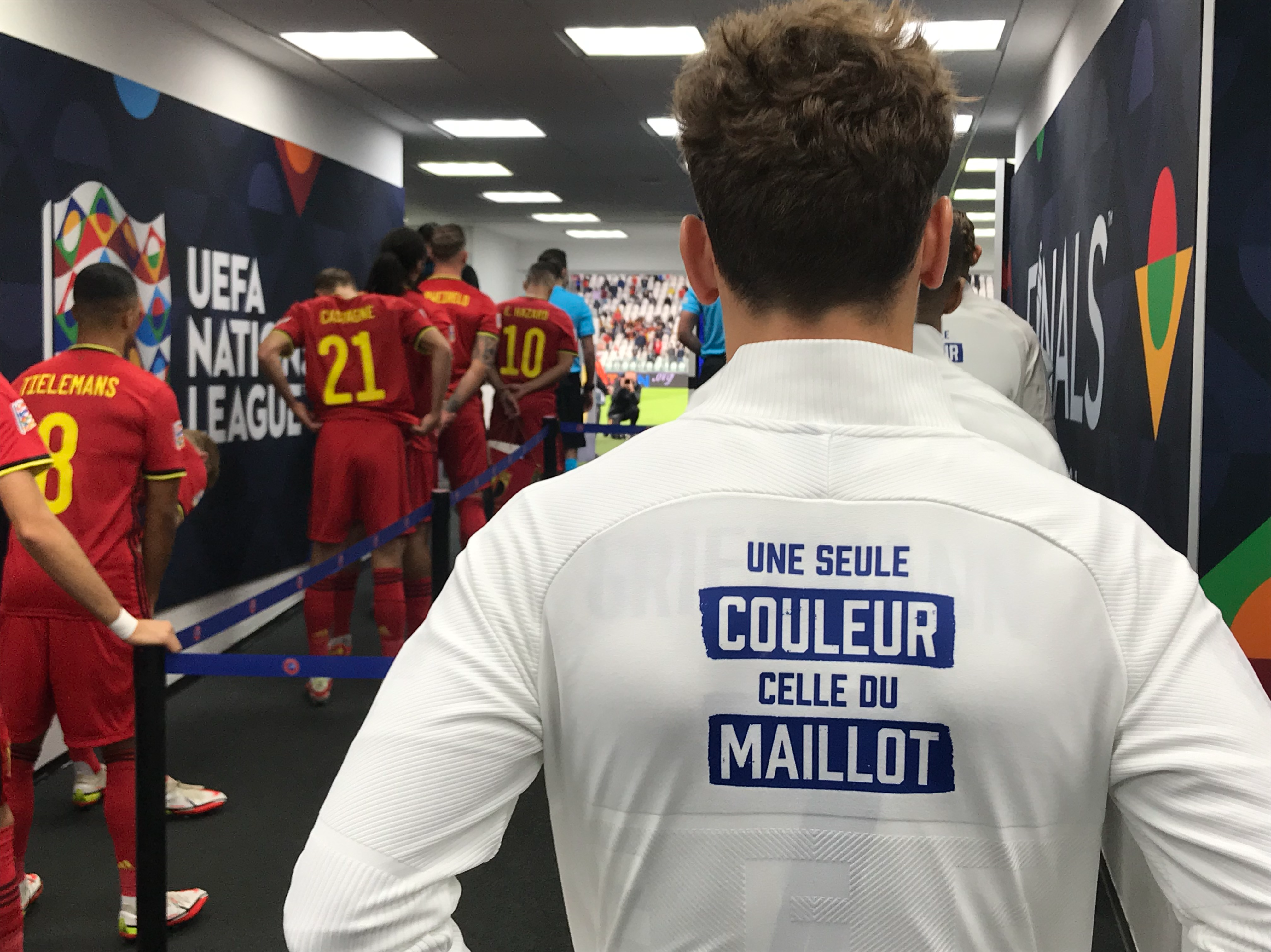 These RSO commitments transmit strong messages, such as the one worn by the players of the French team on their jackets - "One single colour, that of the jersey" - during the League of Nations tournament in October in Italy, and also last March during matches for the 2022 World Cup qualifiers. Beyond the symbolic message, to unite against racism, real actions are deployed at ground level, in terms of prevention and awareness. This is one of the real strong points of the Federal Education Program (PEF), which aims to raise awareness among 800,000 young people. Other educational actions in the training centres of professional clubs and the Espoirs centres via Open Football Club complete this educational movement.

Football welcomes, brings together and also mobilises in the face of social and civic crises. In recent years, amateur football clubs have opened their doors to around 20,000 migrants. Employment assistance and training are also part of the day to day actions. The FFF finances nearly €10 million in training per season, while locally, many amateur clubs organise employment events to help and educate their young members.

The FFF also demonstrates a strong commitment to several national causes, such as the fight against breast cancer with the "Pink October" operation, supported by players from D1 Arkema and the French women's team, as well as their national counterparts, with "The Non Smoking Month" during November on the theme of health sports, donations supporting the Telethon, and the organisation of an auction with the LFP in support of Bleuet de France, the association which helps victims of war and terrorism. Another action of solidarity, in support of the most deprived in society, is the incentive to collect clothes and foodstuffs that the FFF carries out at a national level.

The major subject of eco-responsibility is also one of the priority objectives. In February 2020, the FFF signed the eco-responsible charter of the Ministry of Sports and WWF France. On the ground, the latter translates, for example, into an organisation model that is as eco-friendly as possible for all matches of the French team (use of water bottles, waste sorting, etc.).

In this context, we must also not forget the numerous solidarity and civic actions made by professional players, like Les Bleus, who commit and participate actively in multiple initiatives, whether collectively within the framework of the French team or on an individual basis.

► 800,000 young graduates now benefit from the Federal Educational Program set up in
2014
► At least 1,000 amateur clubs have now implemented homework assistance as part of
their activities
► 94% of amateur clubs have set up carpooling initiatives
► 50% of amateur clubs use reusable water bottles in order to eliminate plastic bottle waste
► €7 million is the amount of aid received from amateur football, all over France, in support
of solidarity actions (donations to associations)
► 25% of clubs welcome licensees with disabilities
► €95 is the average price of a licence in France. A relatively low price that guarantees the
widest possible access to football.