Les Bleues beat Austria (3-0) on Friday evening in Guingamp thanks to a double from Marie-Antoinette Katoto and a goal from Wendie Renard to qualify for the UEFA Euro 2022 finals.

Objective achieved for the French Women's Team. By beating (3-0) Austria (22nd in the FIFA world ranking) this Friday November 27 in Guingamp (Côtes-d'Armor), Corinne Diacre's Bleues obtained their ticket for UEFA Euro 2022, in England (6 to 31 July 2022). This victory at the Roudourou stadium ensures them the first place in their qualifying group ahead of Austria and above all a seventh consecutive participation in the Euro, after 1997, 2001, 2005, 2009, 2013 and 2017.

Concentrated, determined and efficient: with such a face, Les Bleues could not fall into the trap of an Austria who imagined they might be able to repeat their good first-leg performance (0-0). This was demonstrated in the 11th minute by Wendie Renard who came to open the score with a header as raging as her joy that followed. Quite a symbol. With the match and the score in hand, the Tricolores left only scraps of space and hope to their opponents, brought to their senses a second time by Marie-Antoinette Katoto before the 30 minutes of play (27th). What might have happened to them with this two-goal advantage at the break? Nothing, except a third goal in the form of a double from Katoto (73rd) during an almost one-sided second half against resigned Austrians, saved from a heavier defeat by their upstarts on tries from Katoto (50th) and Cascarino (69th) and by their goalkeeper on a Renard header (60th).

"Even if we're obviously going to beat Kazakhstan next Tuesday, we're going to savour this qualification tonight. That's it, we're going to the Euro 2022. The collective performance of the team was almost perfect. I'm very satisfied. The important thing was for the French team to beat Austria and be at Euro 2022, it's a done deal. We're going to enjoy it and have a good night. The rest we'll analyse later. » 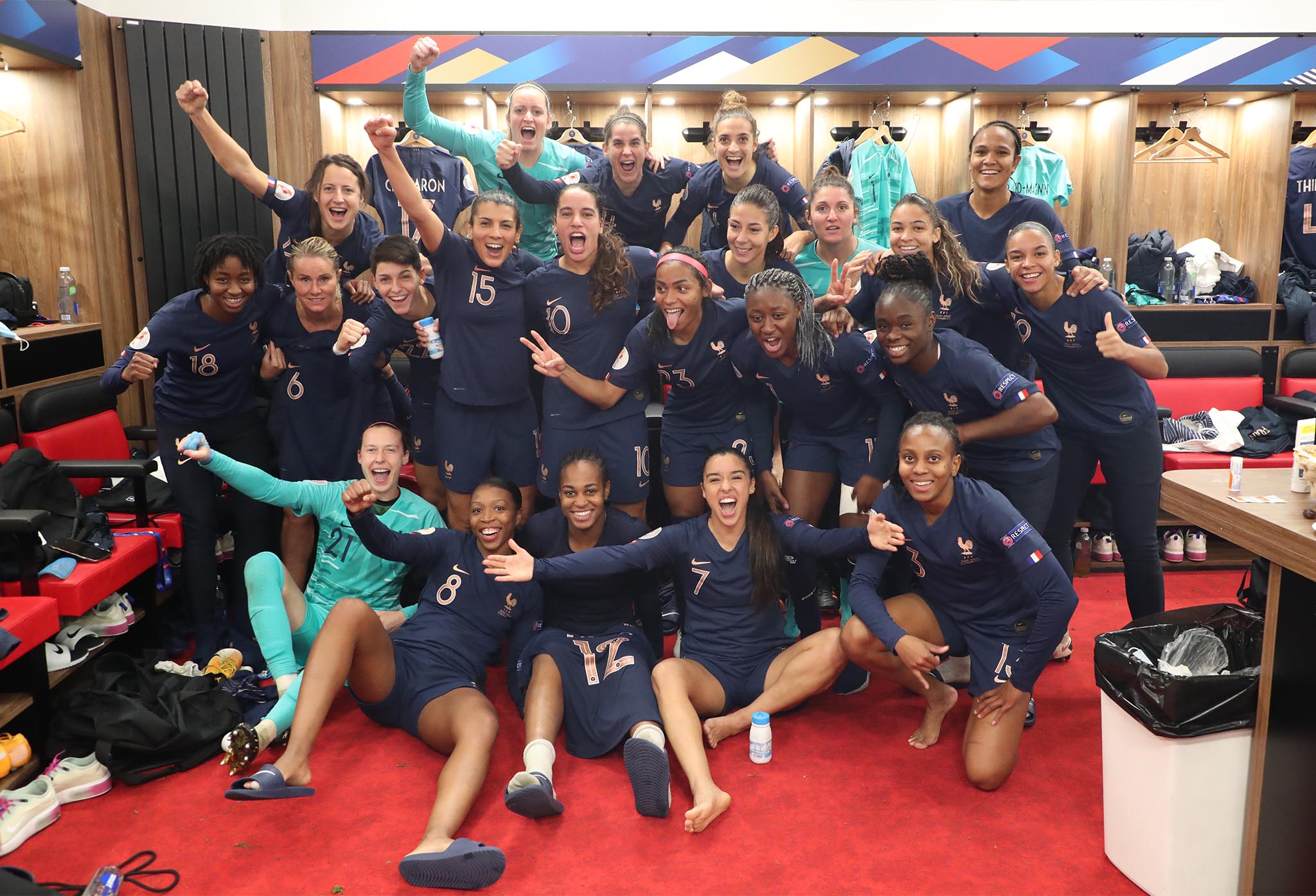 And 1, and 2, and 3! The qualification of the French women's team for Euro 2022 completes a beautiful autumn for the tricolour team. It follows the qualification of Didier Deschamps' Les Bleus for the final phase of the 2021 UEFA League of Nations on November 14 and, also Sylvain Ripoll's U21 qualification for the next U21 European Championship. In addition to this remarkable record, the French team's participation in Euro 2021, which has already been achieved, adds to an already remarkable record.