The draw for the 2022 Nations League tournament took place this Thursday evening by videoconference. France now know that they will face Denmark, Croatia and Austria.

We can all recall the images of joy of the French players behind their captain Hugo Lloris, lifting into the Milan sky, on October 10th, the trophy handed to him by UEFA president Alexander Ceferin, after France beat Spain in the 2nd Nations League final, winning 2-1.

These images, still fresh in the mind, resurfaced this Thursday on the occasion of the first stage draw, which took place, due to the resurgence of the epidemic, by videoconference, rather than in Montreux, Switzerland, as originally planned. Joined by his assistant Guy Stéphan, coach Didier Deschamps followed the draw live from the Côte d'Azur, in the company of Regional President Edouard Delamotte and also Eric Borghini, member of the FFF Executive Committee and President of the Mediterranean League.

Split into Leagues, with a format of promotion and relegation at the end of each stage, the Nations League guarantees high quality matches from the outset. In 2018-2019, France came up against Germany and the Netherlands, then in 2020-2021, Portugal, Sweden and Croatia stood in their way. This time, Didier Deschamps' team have drawn Denmark (9th in the FIFA rankings), Croatia (15th in the FIFA rankings) and Austria (30th in the FIFA
rankings). 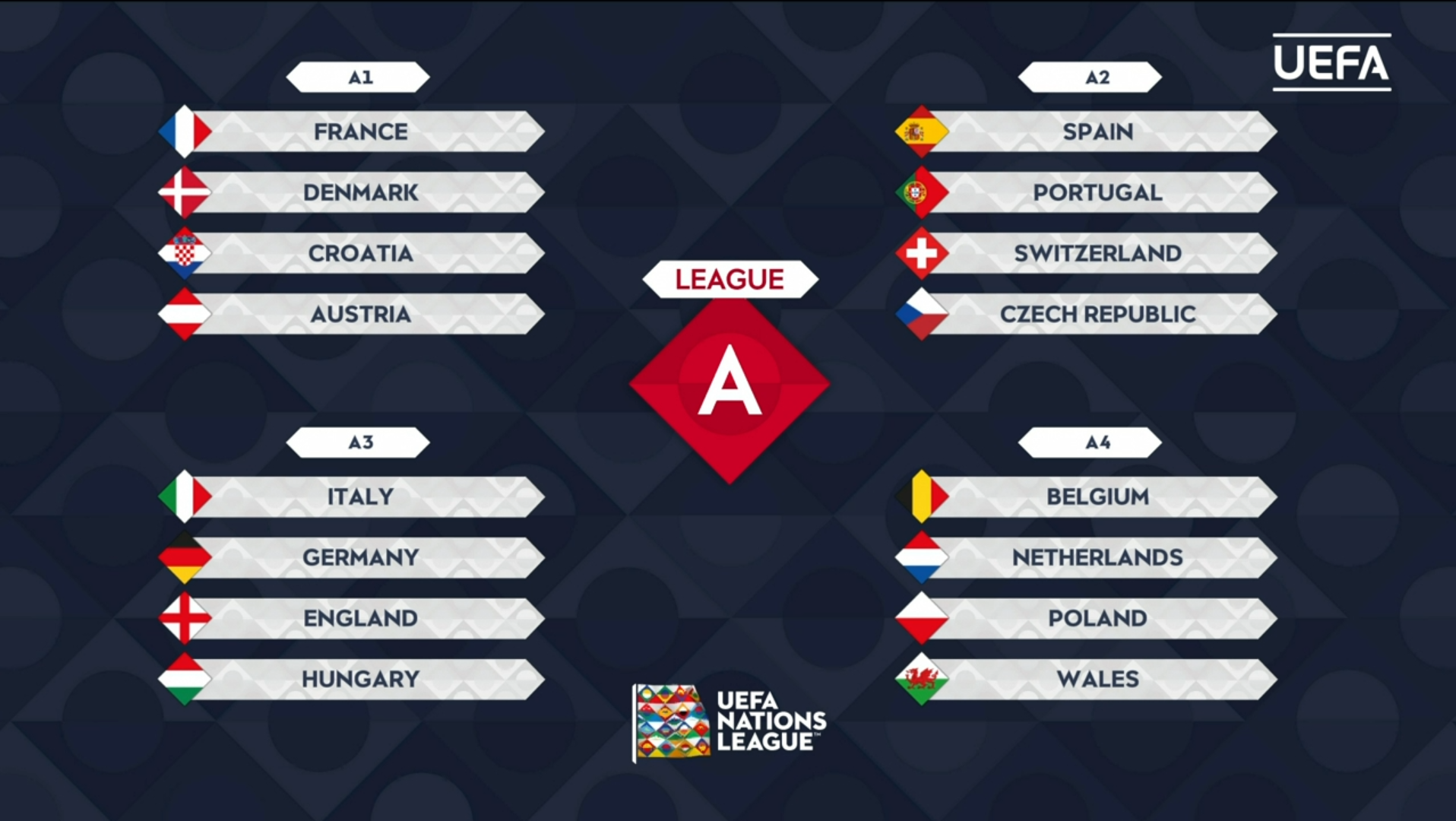 This four-team mini-championship will take place in both home and away matches at the start of June and at the end of September 2022. The teams that finish top of each of the four League A groups will meet in the Final Four ties in June 2023.